Exercise is often boring, but not for me last week. On the last Monday of each month my gym has an early morning class called Water Polo and this week I was able to attend. Never in the history of sports have I witnessed such carnage, brutality and underhandedness! At one point several players switched uniforms (foam noodles) just to play on the winning side. These so-called “senior citizens” engaged in scratching, grabbing, cheating and in extreme cases “noodle” pulling. The game was so rambunctious that the referee sent many players to the penalty box for unnecessary roughness!  What fun and what a great workout. Of course I can say that as I was able to actually dog paddle off the field mostly intact.

A match is scheduled between the members and the aerobics instructors for 12/12/15 at 12:15pm (an ominous date and time to me) and I wonder:

Stay tuned for reports from “thah Slaughtah in thah Watah” coming in December.

Saturday, I got up very early to enjoy the last delicious day of daylight savings time before BLACK Sunday (the end of DST). I hit the Neuse River Trail at nearly daybreak and had only been on the path a few minutes when I saw a fluorescent yellow blur headed my way. It appeared to be a man running so hard that his knees were hitting his chin! As I pick myself up from the sonic boom that flattened me in his wake I trembled at the thought that the thing that was chasing him might be still coming.

A few more steps down the path, and my run keeper app made this announcement in my headset, “Current time: 5 minutes, Distance: .40 miles, Pace: 25.56 minutes per mile.” What??? Sure it was early and I may have been light headed from the run, but I can do math better than that.  Even my running application tried to give me a slow runner complex.

In the second mile, I met a nice man who appeared to be slightly older than me. He was walking in the opposite direction and I thought at last someone I might pass before I get back to the car. Sure enough after I turned around and crossed the bridge I saw him in the distance ahead of me. I ran and ran (ok, ok – wogged) trying to catch him (he is only walking for goodness sake!) but I am not closing the gap. Finally I claw my way around him and at that second, run keeper announces “Current pace: 9 minutes 15 seconds per mile!” Wow I wish I could have talked him into being my training buddy. That is the fastest I have run in a long while and with the walker behind me as a sacrifice, I no longer have to worry about the evil monster that must have been chasing the yellow blur. 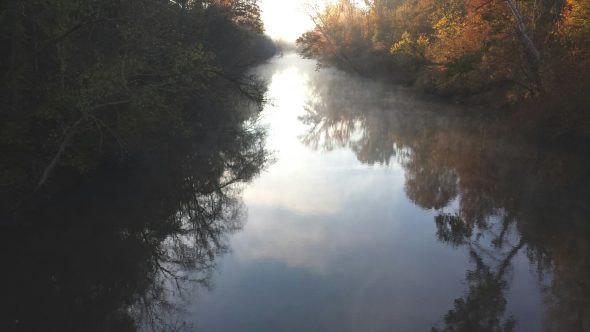 I distrust those people who know so well what God wants them to do to their fellows, because I notice it always coincides with their own desires.