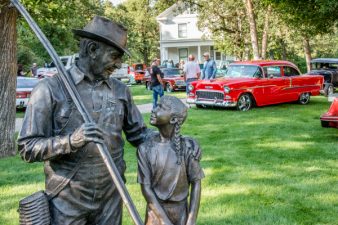 Memories of Storm almost overwhelm me this week as the Hatchery prepares for an on site car show.  Much of Storm’s retirement time was consumed by his work as lead mechanic on our RV.  But he occasionally took on side projects that he especially enjoyed.  Many of you will remember the airplane that he helped build in New Bern, but you may not be aware of the Ford Apache truck he had hoped to get running at the DC Booth Historic National Fish Hatchery.

Storm actually began his work on this gorgeous old pickup when we first volunteered at the Hatchery in 2017.  When he opened the garage doors and first laid eyes on its slightly dusty, government green paint it was at first sight.  Our 2017 visit was too short for him to do much more than get the engine started using a fuel tank by-pass to circumvent the antique crud in the existing old tank.

We made plans to stay much longer in 2019 so he could delve into the mechanical short comings and prepare this vehicle for the road. Or at least make it safe enough for a short parade through Spearfish.  Sadly, he barely got a chance to visit the truck before his illness forced us to leave.  Brakeless and in need of some engine TLC, this old truck still spends most of its time hidden away in a garage.

But for this first hatchery car show, the staff carefully towed it out for a special appearance on the grounds.  The joyful crowds of male admirers racing up to study the truck tells me Storm is not the only one who appreciates it.

As I walk among the proudly polished machines parked on the carpet of green hatchery grass, I can almost hear Storm regaling me with tales of the cars he owned as a kid.  “Yeah,” he would say, “I had a Chevelle like that except mine had the special factory 454 with the overhead cam and the something or another turbo charger… 4 in the floor ‘some more numbers I don’t remember’ transmission.”

Obviously I can’t specifically recall all the details of each automobile, but I know those recollections made him very happy.  As do my bittersweet memories of Storm enjoying each gleaming 4 wheeled beauty from his past.  Although my happiness is slightly masked by the rivulets of tears sliding down my face.

Scenes from the Hot Rods for the Hatchery Car Show

Dean and Terrie had graciously planned to meet me in Missouri and caravan/vacation together as I made my way to NC.  What they did not expect was for their rig to catch on fire during a trip to the mountains a few weeks ago.  They are throwing in the RV towel after this.  If you know the history of this machine and its numerous expensive fiascos you would certainly not blame them.

I, however, cannot deal with the stress of planning a trip to the east coast alone.  The thought of driving my RV east of the Mississippi without a co-pilot or caravan makes me break out in hives.  So now I am opting for plan B.

My intentions at this point are to head South to Benson when I leave Spearfish.  I hope to arrive there in mid-September.  After getting my RV squared away, I will head out around the first of November to visit NC.  This time I plan to drive the Jeep and leave my motorhome behind.  I am hoping that will be a less stressful way of covering the east coast miles while I visit with family and friends. 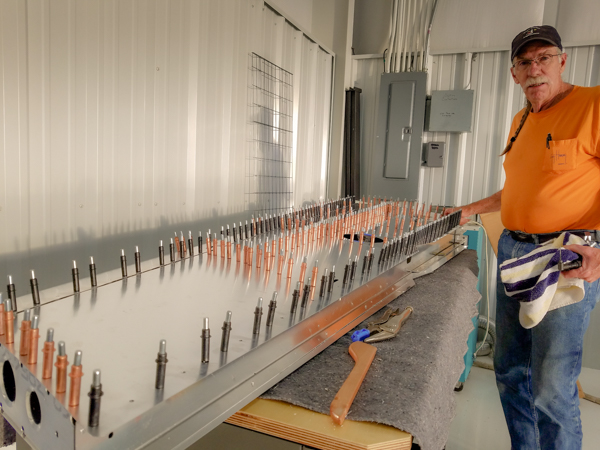 5 Replies to “Mechanical Memories of Stormy”