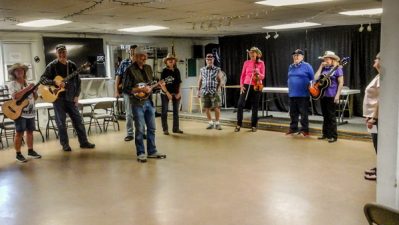 Spring arrives with bittersweet promises.  While I prepare to move on to Utah and ultimately summer in Spearfish, I am sad to leave my many friends here in Arizona.  I hustle to take care of the few remaining maintenance items that the RV needs before I depart.  Farewell dinners or lunches, last chance off road rides to search for desert spring flowers and frenzied sight-seeing trips are all compressed into the short time I will remain here.  Most importantly, I squeeze in every music lesson or jam that I can.  I am really going to miss the friendly musicians and almost daily jam sessions here.  On one hand, like a schoolkid I am excited by the prospect of my upcoming summer adventures, but also sad to be separated from my musical friends until fall (or in my case February next year).

Before I leave, my fellow fiddle lesson students and other benefactors of Sundance’s musical generosity devise a plan to show our appreciation.  He has mentioned to me several times between music lessons that he wants to learn how to organize a flash mob.  As a farewell gesture of appreciation, my friends and I stage a flash mob just for Sundance.

FUN-damentals of a Flash mob

If you don’t know what a flash mob is, they occur when a group of people suddenly appear in a public place, perform briefly and then disperse.  Sounds easy, right?  You would be surprised how tricky it is to plan a spontaneous surprise.  Undaunted, we sneak around and practice our musical mobbing routines while dodging several close calls of discovery by Sundance himself.  Furtive meetings include one which ends with a desperate call to “ABORT, ABORT practice, the Eagle has landed” as Sundance orbits within range of our preparations.  Somehow we manage to keep our secret and totally surprise him with his very own flash mob.

The enthusiasm of everyone involved with this project overwhelms me.  Just a few text and phone calls result in a group that includes eager musicians, nimble dancers and melodic singers ready to perform.  What a fantastic group of folks!!  Barbara, Judy, Scott, Pete, DiMarie your guidance, load carrying and devious plots to distract Sundance are a Godsend. My heartfelt thanks to all who helped make this surprise a total success.  Scott tells me that this event has been dubbed “the FIRST San Pedro Flashmob.”  Looks like there will be more when we return next year so watch out Benson, Arizona!!

Thanks a million to Pete who videos and photographs our practice sessions and the actual performance.  Since I have only been playing the fiddle for two months, I must solely focus on my fiddle playing to avoid causing a flash mob train wreck with me in the lead engine.  What a phenomenal relief for Pete to handle the recording aspects for me.  Shown below is Pete’s video highlight reel from this event.  The photos of practice session and the resulting concert are also Pete’s contribution. 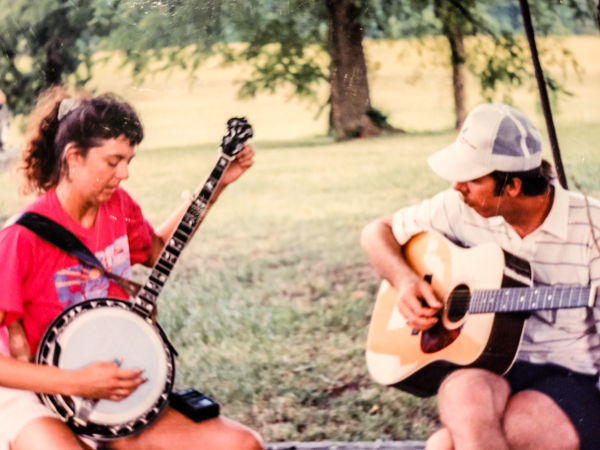 A fine quotation is a diamond on the finger of a man of wit, and a pebble in the hand of a fool.